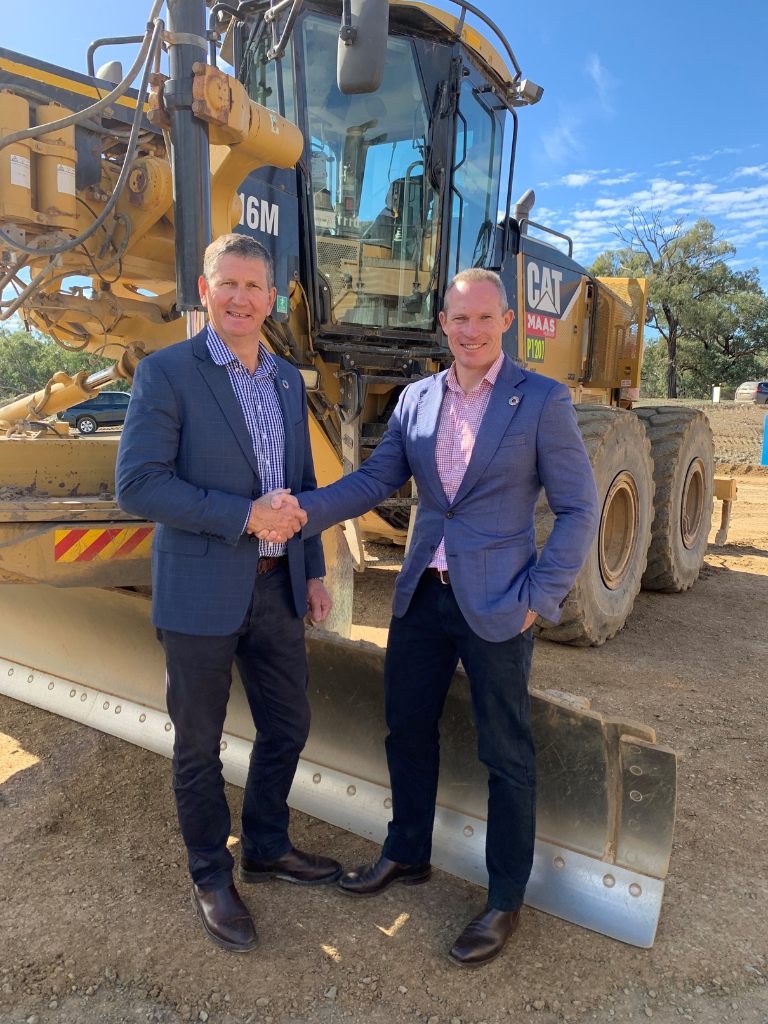 Mayor of the Goondiwindi Region, the Honourable Cr Lawrence Springborg AM, had the pleasure of attending the sod turning for the Macintyre Wind Farms this past week and was struck by the magnitude of the project.

The Mayor said, “The mega scale of this project and the construction equipment already on site is astonishing, and to think it is right in our back yard.   It is currently the largest project of its kind in the Southern Hemisphere and can supply up to 700,000 homes with power.

“The $2b project is expected to create 400 jobs during construction, a further 220 transmission connection jobs and 15 permanent jobs onsite.  Work has already commenced on the project and has the potential to inject millions into the local economy.

“I am very thankful to Minister De Brenni and his commitment to this project, in addition to the recent $2 million awarded to the Council for the Goondiwindi Region Waste Water Treatment Plant hydrogen project,” he said.