Gunsynd the "Goondiwindi Grey", was listed in 2004 as one of the top 12 Queensland Icons.

In 2005 he was inducted into the Australian Racing Hall of Fame.

In 2007 the Gunsynd Museum was officially opened when part owner Bill Bishop cut the purple entrance ribbon. "The town of Goondiwindi has certainly rode on the horses back for many years and with these awards the legend will live on forever", former Goondiwindi Town Mayor, Tom Sullivan said. 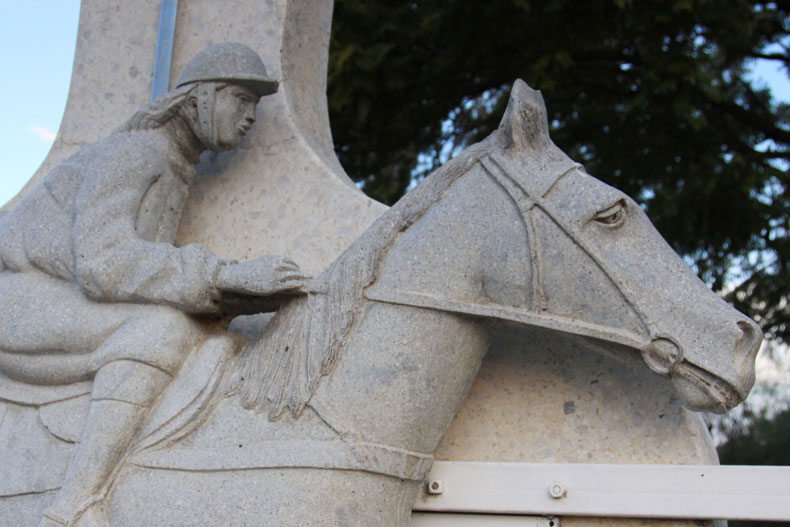 Why did the Grey become a legend?  There are several reasons. He was affectionately known as the Goondiwindi Grey, as his owners came from Goondiwindi, and he was pure grey in appearance.  He was purchased in 1969 for a pittance approximately $1,300 by 4 bush owners (Bill Bishop (newsagent owner), G Pippos (hotelier), GN McMicking (grazier), and Jim Coorey (business executive)) who only wanted to win a race on the local track. The deal was done in the famous old Goondiwindi pub, the Victoria Hotel. 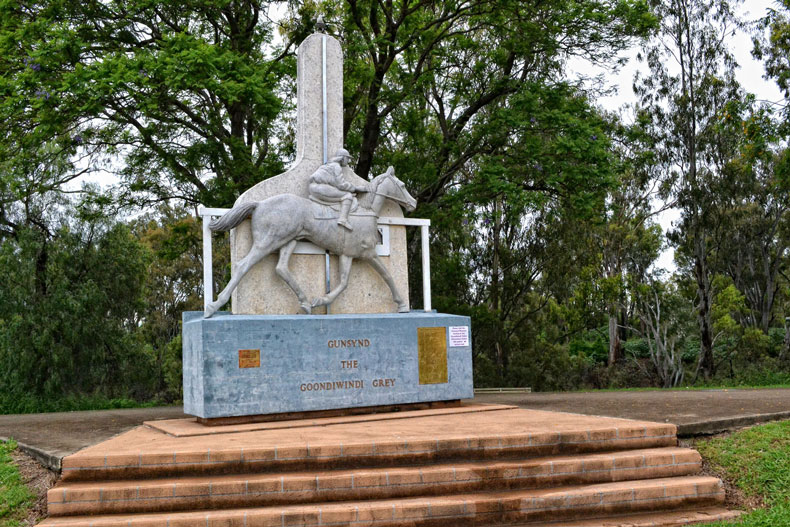 Gunsynd showed that dreams can come true by becoming the Champion of his era winning The Cox Plate and the 4 big mile races, The Doncaster, The Epsom, The George Adams(now known as the Emirates) and the Toorak in the one season.

He won a string of other big races among his 29 wins and was placed in the Melbourne Cup burdened with the massive 60.5 kilos but it was his character and lovable antics that saw him adored not only by the racing fraternity but also by people not remotely interested in the sport who flocked to the tracks to watch him perform.

Some of his lovable traits included, standing stock still at the gate before going out to race refusing to move until the applause reached the required crescendo. He would never give in during a race mostly under crushing weights. Often looking beaten, but when he heard the crowd roaring would raise another effort, fight back and most times win. It is even said, that after a particularly good victory, Gunsynd would stop in front of the grandstand and bow to the applauding crowd. 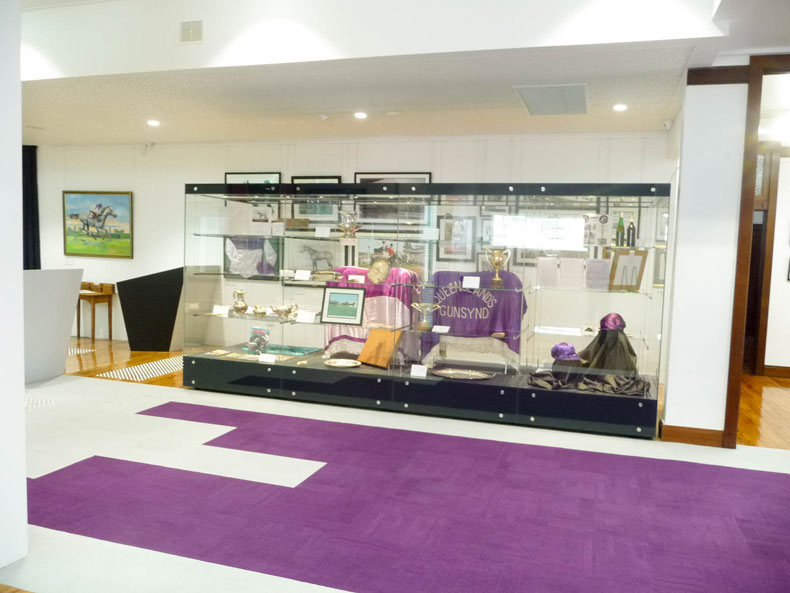 A fierce fighter on the track, off it he was a lovable "softie" resting his head on people's shoulders for a cuddle and would stand perfectly still while little children crawled all over him. The record "The Goondiwindi Grey" made the hit parade. Cartoons normally reserved for Politicians and World Leaders were drawn about him.

Come along and see for yourself many of his trophies, rugs and other memorabilia and some remarkable photos at the Goondiwindi Visitor Information Centre. Watch a couple of videos and if you wish you can purchase a book "Gunsynd the Goondiwindi Grey" which tells the full story of this remarkable horse. Then head down the road and have your picture taken beside his statue standing in the Apex Park on the McIntyre River with a backdrop of beautiful trees.

Following a very successful racing career that came to an end in 1973, it was decided one night at an Apex meeting that the town of Goondiwindi should have a statue to the great Gunsynd. During his racing career, "The Goondiwindi Grey" as he became known, entered the record books with 29 wins and at the time $279k.

Local Apexian and racing enthusiast Basil Lloyd moved the motion and accordingly was charged with the job of investigating costs and just how the mission would be completed.

Basil began investigations immediately and soon came up with a sculptor by the name of Tom Farrell. Tom had done plenty of sculptures previously but none that would become so famous as the great Gunsynd.

In his first report back to the Apex Club, Tom came up with the half horse design that graces the Macintyre River today. It was Toms theory that a life size statue would only cause problems in years to come with some of the young ones trying to show their jockey skills late on a Friday or Saturday night after closing time. The meeting agreed and the motion supported.

The order was placed after receiving pledges from local business owners like the late Bob Mann, Len Bulmer and Tim Sudholz.

It was agreed that the local Apex Club would complete the construction over a period of weeks and claim working bee hours. The Apex Club had no problem in completing the mission as the Apex Club of 74 was chock a block full of qualified tradesmen that would have no problems.

And so the task began and the movie above was recorded by the late Robert “Tunna” Cairns who was famous for his recording of movies especially working bees of Apex events. Our local photography expert Wayne Pratt successfully transferred this piece of Goondiwindi history into digital form that will now be stored on the website for future generations.

There will be a lot of faces you may recognise on the screen and while the records are somewhat sketchy, here are some of those Apexians names that were recorded in a phantom horse race as a fundraiser after the opening.

There undoubtedly would have been others that may have been missed and apologies if we have missed any.

While this project was an Apex project, it is just one example of the many projects that service clubs have completed in Goondiwindi. To all service clubs, we thank you for your community contribution.