Elected councillors cannot take office until the conclusion of the election.

(1) The conclusion of the election of a councillor is—

(a) if the councillor is elected at an election of all councillors of the local government—the day on which the last declaration of a poll conducted in the election is published on the electoral commission’s website under section 100(2);

Declaration of results notices are required to be published on the Council’s website under section 100 (3) of the Local Government Electoral Act 2011.   The declarations will be added below as they become available: 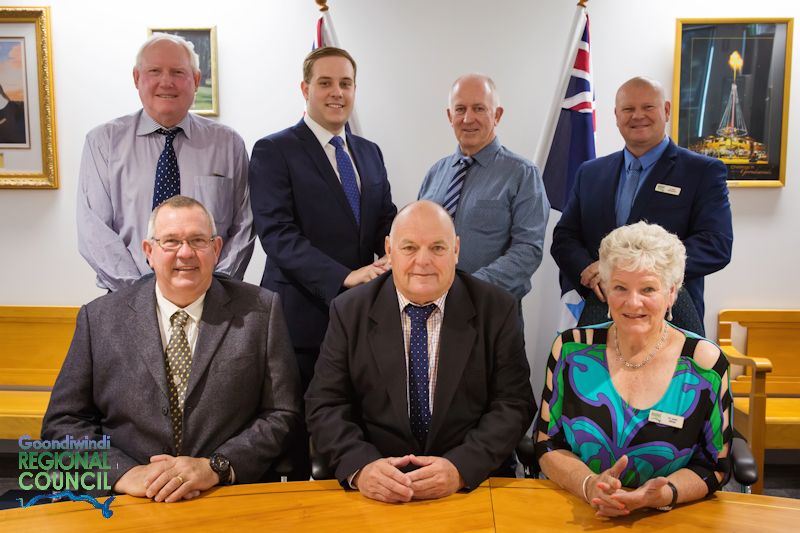 The elected Mayor and Councillors for the Goondiwindi Regional Council were officially sworn in on Tuesday 8 April 2016 at 10:00am.

The designated portfolio holders for the particular areas are identified as follows:

Role of a Councillor:

Please note that Goondiwindi Regional Council is not divided for electoral purposes (i.e. there are no electoral wards or divisions) and therefore the Mayor and each Councillor represents every citizen in the Shire.

Councillors are not provided with any discretionary funds.