First 5 Forever storytime is an interactive program for preschool children and babies featuring songs, rhymes and stories. This is a free event conducted in a relaxed atmosphere with a focus on fun for all preschool children, babies and their caregivers.  These activities are designed to help prepare your children for school and encourage:

For more information about these sessions please contact the Library on 4671 7470.  You can also visit the First 5 Forever website 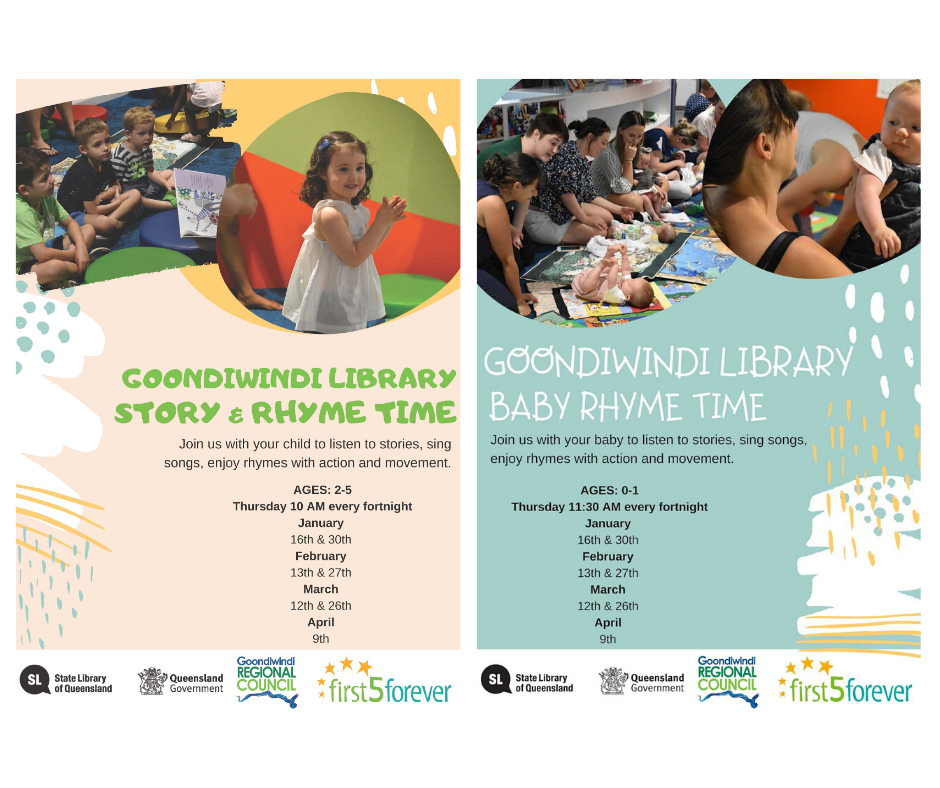 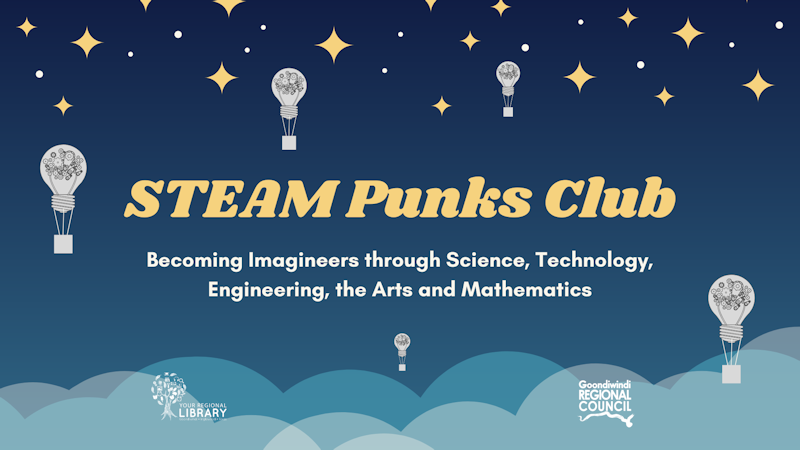 Science, Technology, Engineering, Arts and Math - we meet to build, make, play, experiment and game.  Every Tuesday 3.30pm - 4.30pm during school terms for ages 8 to 17 years.  Need more information about these sessions? Contact the library on 4671 7470.

Programs for the Adults 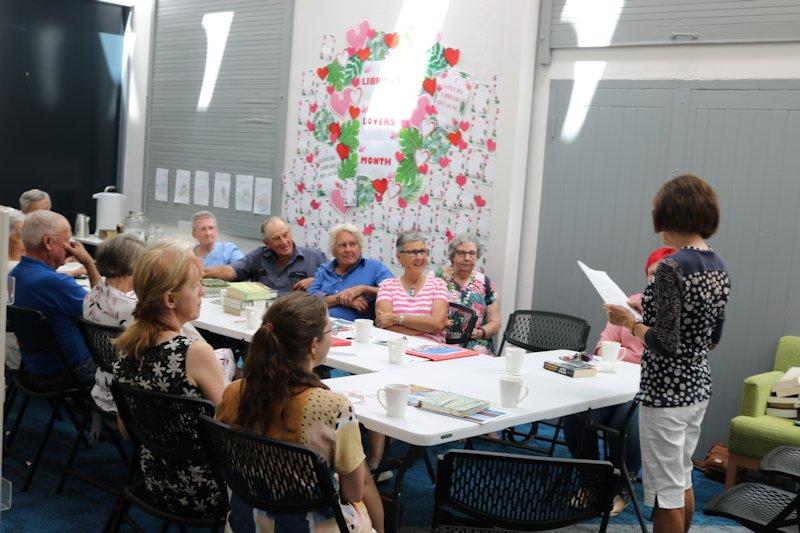 This group meets on the 3rd Tuesday of each month in the library to discuss great authors and exciting reads, themed quizzes and crosswords.  For more information contact Ilona at the Library on 4671 7470.

Unfortunately, due to unforeseen circumstances Submerged: The Stories of Australia’s Shipwrecks has been delayed because of issues with shipping. We will notify the public again with new dates once we know. Our sincerest apologies for any inconvenience. Goondiwindi Library.

Australia’s coast is the final resting place of over 11,000 shipwrecks – roughly one wreck for every three kilometres of coastline. Queensland’s Sovereign and Foam are two of 14 wrecks whose stories will feature in a nationally touring panel exhibition Submerged – Stories of Australia’s Shipwrecks uncovering Australia’s rich shipwreck history.

Submerged is presented by the Australian National Maritime Museum and the Australian Maritime Museums Council and is the result of a national project with workshops held across the country to develop the exhibition and to source shipwreck stories. 68 shipwreck stories were nominated by 46 maritime museums and heritage institutions from around Australia with 14 of the most compelling stories selected to feature in the exhibition.

Sovereign was a paddle steamer from Moreton Island which was bound for Sydney when it was swamped by waves in the treacherous South Passage Bar, Moreton Bay in 1847. Aboriginal men risked their lives and rescued 10 people while the remaining 44 passengers and crew perished. Foam was a British topsail schooner which struck Myrmidon Reef on the Great Barrier Reef in 1893 on its way to the South Island Seas.

The exhibition also features wrecks of merchant vessels, whalers, trawlers, motor vessels and a submarine. The oldest wreck featured is WA’s Batavia. Its 1629 loss on Beacon Island, and subsequent mutiny, is one of the most dramatic events in Dutch and Australian history.

Other wrecks include Sanyo Maru, a Japanese motor vessel lost in 1937 in Boucaut Bay NT, British merchant ship Sydney Cove lost in 1797 off Preservation Island, Tasmania and the Fijian fishing trawler Degei which struck rocks on Donington Reef, SA in 1974.

The exhibition also features one shipwreck from outside Australia – Australia’s second submarine HMAS AE2 which was lost in 1915 during the First World War in the Sea of Marmara, Turkey.

Submerged – Stories of Australia’s Shipwrecks is on a two year national tour across regional Australia. All 68 submitted shipwreck stories are available now on the AMMC website in a digital archive – www.maritimemuseumsaustralia.com/page/submissions-1.

The exhibition is assisted by the Australian Government Visions of Australia program.

Submerged – Stories of Australia’s Shipwrecks is on display at Goondiwindi Library from 4 March to 15 April 2020. Entry to the exhibition is free.