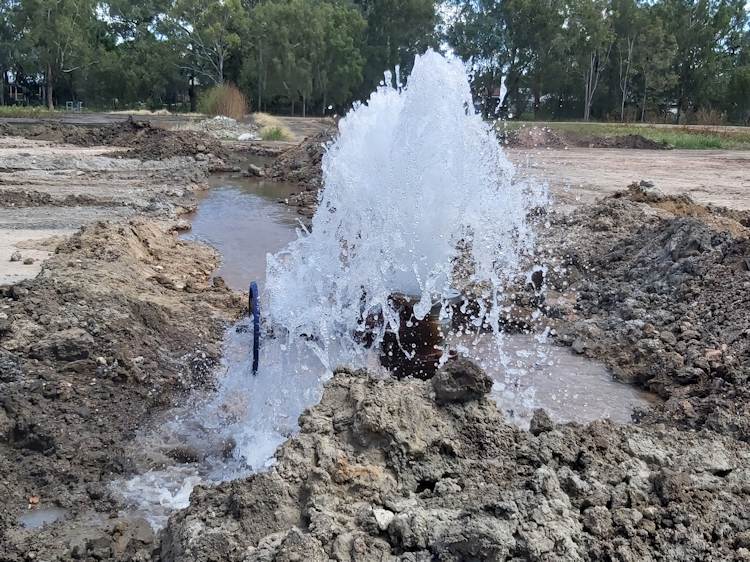 The final metres of two new artesian bores in Goondiwindi have been drilled to ensure long-term water security for the town.

“It’s so wonderful to see the project completed and I would like to thank all nearby residents for their patience during the installation process,” Mayor Graeme Scheu said today.

Goondiwindi Regional Council holds two groundwater allocations for Goondiwindi urban water supply. Council had not previously developed these sites as Goondiwindi had historically been able to rely on the Macintyre River for its water supply. With the region’s traditional water supply sources at serious risk of running dry at the start of the year, the decision was made to drill both bores to ensure the security of the town’s long-term water supply.

Cr Scheu said water quality testing will take place soon. The results of that testing will determine the suitability of blending ratios with the current surface water supply, or whether further treatment will be required.

“We’re expecting that the two bores, when blended with existing river water, will be able to extend the Goondiwindi surface water supply by an extra three to four months at least, which will be extremely handy should we not receive the required river flows to get our water from Glenlyon Dam,” Cr Scheu said.

It is understood that the current allocation of the two bores alone is not enough to be able to support the town, based on historic usage rates. While this capacity can be increased by blending with town water, Cr Scheu explained that medium level water restrictions will have to remain in place in Goondiwindi for the moment.

“Should we return to critical river levels, the DNRME [Department of Natural Resources, Mines and Energy] have advised Council that it’s possible to apply to the State Government to increase the bore allocation on a temporary basis,” Cr Scheu said.

“The DNRME have been first class in their support to deliver a long-term urban water sustainability plan across the Goondiwindi region,” the Mayor said. “We have applied to the State for funding for the balance of projects in that plan, and it is hoped we may have an answer in the very near future.”

Cr Scheu also advised residents to prepare themselves for the fact that the bore water will be different to the town’s traditional river water supply.

“It will still meet all the required standards in terms of quality, but the taste will definitely be different,” the Mayor said. “But unfortunately this will be something we are all just going to have to get used to until we’re in a much better position in terms of river supply. The alternative is not great.”